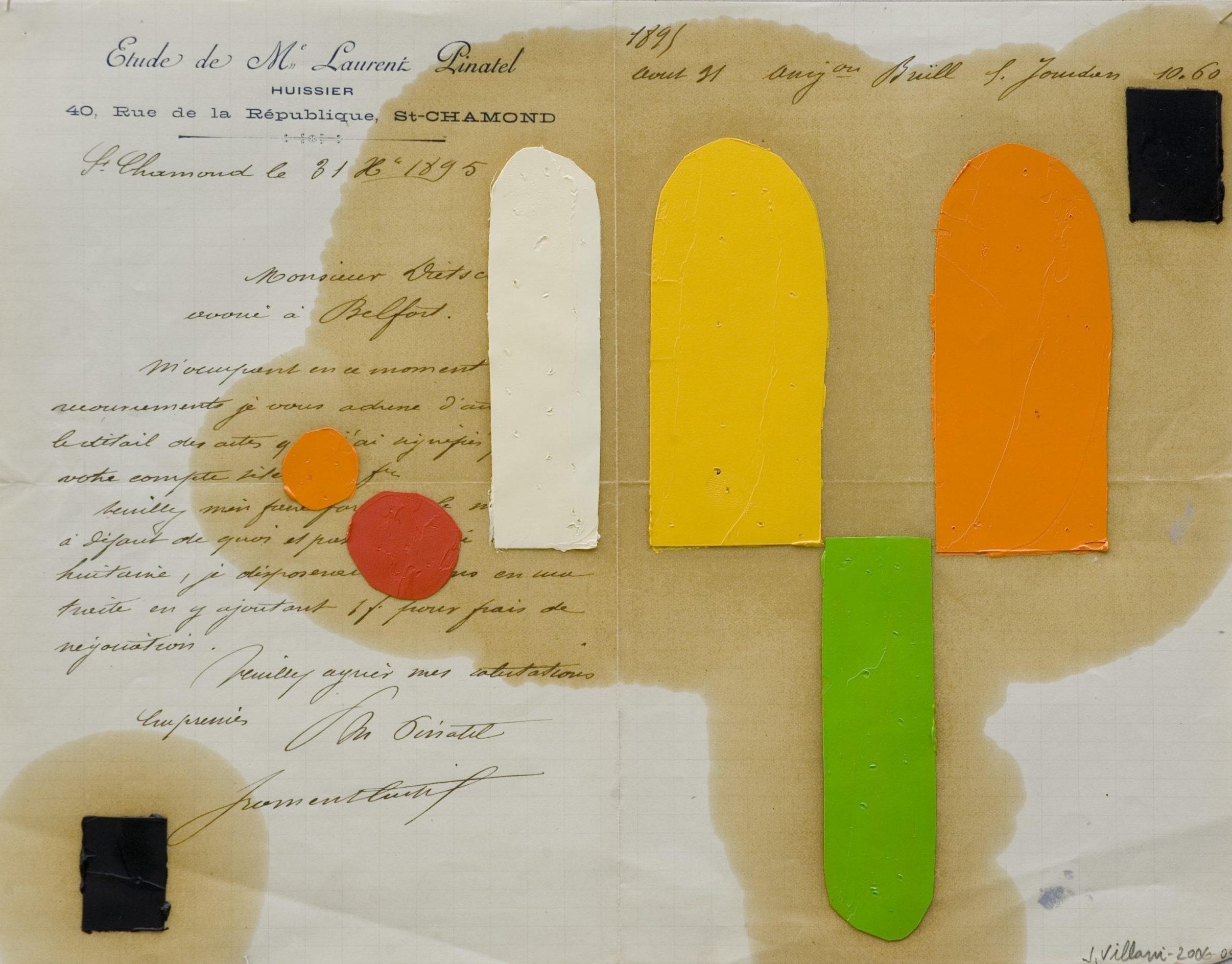 The brilliant cosmos that Julio Villani renders safeguards the colors and the forms of the components of children’s games, those that help us build our first architectures and finally  structure the inner world itself that will have to support us, personally and for life, like a secret refuge building. These dancing forms in melodious correspondence thus appear as elements of the continuous construction process to which the artist renders himself in a spontaneous and completely free way.

Villani’s poetics refers to both his nostalgia for childhood and its ever actuality in his mind. In spite of his playful approach, the “little stories” that he arms bear witness to a poignant feeling of absence, they evoke that “saudade” or melancholy, which, corrected by optimism, is perceived as a defining trait of the Brazilian character. In the artist’s work, this dichotomy becomes a meditation on the simultaneity of present and past times. The juxtaposition of some formal elements and handwritten sheets from a notary’s past also testifies to Villani’s predilection for the games of memory.

It is however a joyful work, where one finds humor and innocence. The happiness of creating is felt everywhere, the joy is contagious. The artist distributes the forms on the support while being especially concerned to maintain the balances proposed by his own game: those of the volumes, of the chromatism and of the elusive relation between the figure and the support.

The air blows there, we are lightened and vivified.