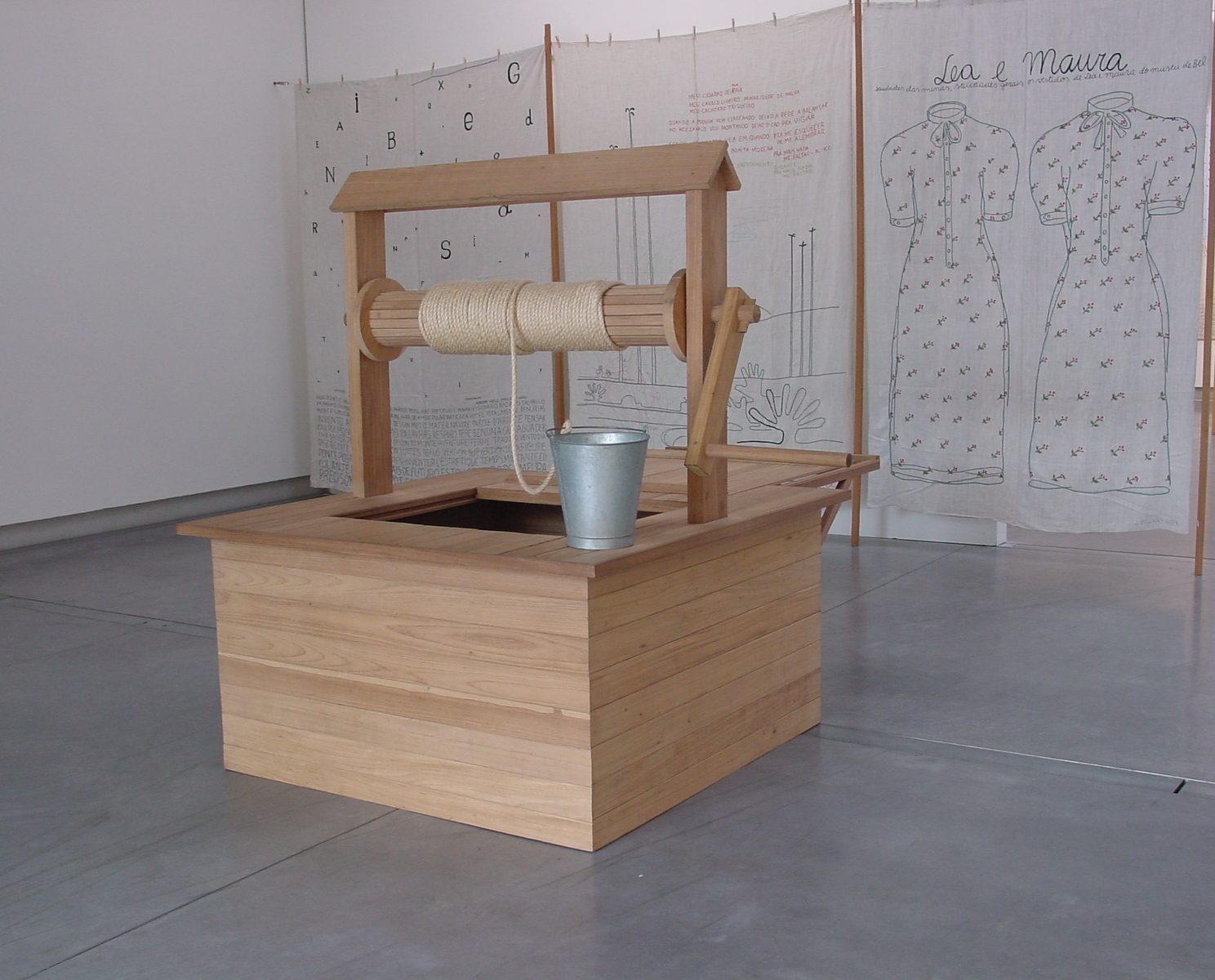 Julio Villani cuts across geographical borders, wraps himself in a new language, French – and each language, let us remember, is a particular way of being in the world – with the same interest with which he ventures into his memories, and sails through time, systematically revisiting experiences of his childhood in São Paulo. Overlapping the borders of various forms of expression does not bother this artist who, early on, in the 80s, settled in Paris – perhaps to approach the tutelary gods having elected their pantheon in some of the most circumspect museums of the West; he dares to mix art-historical references with a dizzying work on the body of the languages ​​he uses daily, but also with the clear linen that in times past we used to lay out to dry over the green grass, blown by the wind like prosaic flags on a clothes line.

Consistent with its own nature, this ensemble of sheets should always be exposed to the open air against the blue sky, bulging and rippling to the variable rhythm of the wind like simple unfolded cloths. But as we get nearer, observing them closely, we notice the care with which they were made, the fine anonymous work of the seamstresses with whom the artist works. All pieces present the same invisible aura of delicacy, vestige of meticulous workmanship carried out by fingertips that plant needles and perforate the fabric to obtain, through blue, black or red lines, the letters, numbers and drawings planned by the artist.

And what do these drawings tell, what are the contents embroidered on these soft and sensual planes? They are texts and words made up of letters of various sizes, texts and words combined with schematic drawings of the human body, texts and words subjected to mapping patterns. They might seem incoherent at first glance, but examining them carefully, every sheet proves to be a mosaic of theoretic emotional and geographic references: a cartography of multiple lines, as a body that would show on its skin its joys, anxieties, desires, rambling through different countries and eras, accumulating experiences and re-orienting its way at every new step. Each sheet uncovers a fold of the artist, bears the marks of his body imprinted onto it.

But is it not always so? Finally, what are bed sheets, what are they for? The fabric with which we cover ourselves at night to reflect on the past day, rethink future paths, invade the territory of dreams. It is interesting to note that, regularly, usually once a week, we wash the sheets and then deploy them on drying racks. To rid them of all the weight gained over the nights spent near us? This will not be with these sheets by Julio Villani. They will carry forever his indelible marks, as notes on a journal transformed into scars. 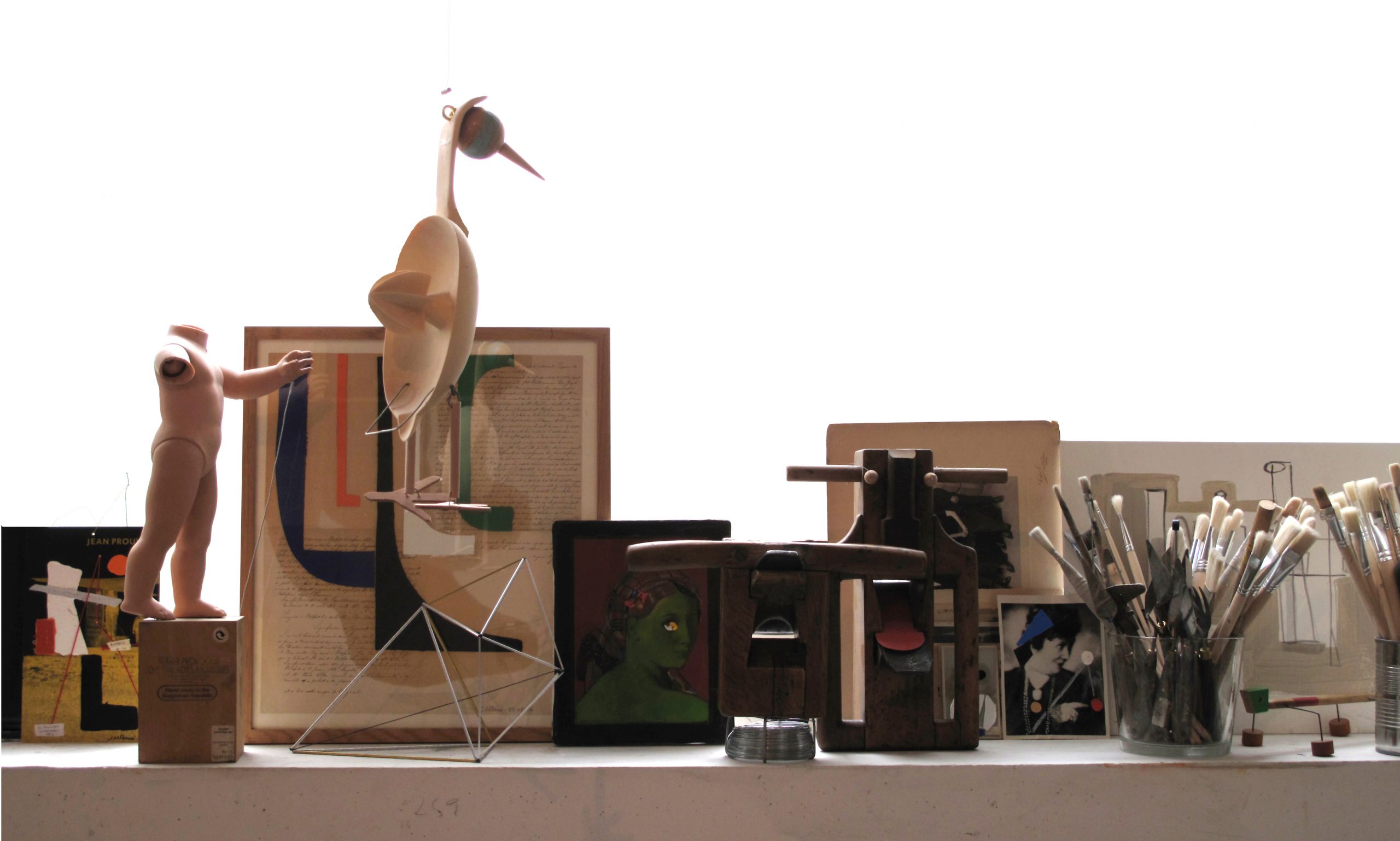 Poetic writing is a constant in the work of Julio Villani, who practices it as a strategy to signify the playfulness of language, that is, of thought and expression. He is interested in the flow of words and the way in which each one can be dismantled and reorganized by the syllables, producing palindromes, deviations of meaning, word games, alliterations; rustlings of meaning that are basically impulses of freedom of a language that does not cease to emit new meanings, that refuses to fall asleep in the dry leaves of a dictionary like a wild animal falsely domesticated by the use of force.

In fact, the artist captivated by signs in general, from the most abstract to those with a representational charge. In his works, letters join numbers, lines, text patches from any newspaper, tools used by the artist to his the task. In principle, everything can be used, there is no impurity or foreign element. The artist works with diversity, as if he were permanently inhabited by a childish impulse of curiosity that leads him to unite what is separate, to collect, to catalog.

The artist travels around the world bringing in him the yardstick with which he measures everything he sees, transiting from here to there with the same joyful voracity of the parrot who feeds himself at the same time as he destroys the images that fall under his claws; pursues his idle quest, some would say, notwithstanding necessary, according to others, of the constant aspects of an apparently inconstant world, a world of mismatched, antipodal gears, but which, strangely, works.

Julio Villani is an artist who plays with forms and their meanings. His work consists in exploring the ductility of the sign while bringing it closer to another. Thus his body is simultaneously sheet, map, text, malleable material that flutter in the wind. The same white line is the laboratory where versions of everything that exists – animals and human beings – are created.

His activity can be described as a game of bilboquet. Those who have played it, know it : the hand that grasps the handle is the same one that pushes the wooden ball upwards, so that when it falls back down it fits through the hole. Handle and sphere are distinct things. Putting them together requires skill and a lot of attention in order not to hurt one’s hand with the falling sphere. But when the fitting takes place, the result is surprising: the piece, previously composed of two parts, is now one.

The same is true for the poetic work: an action that consists in joining the scattered points of the things that are in the world.