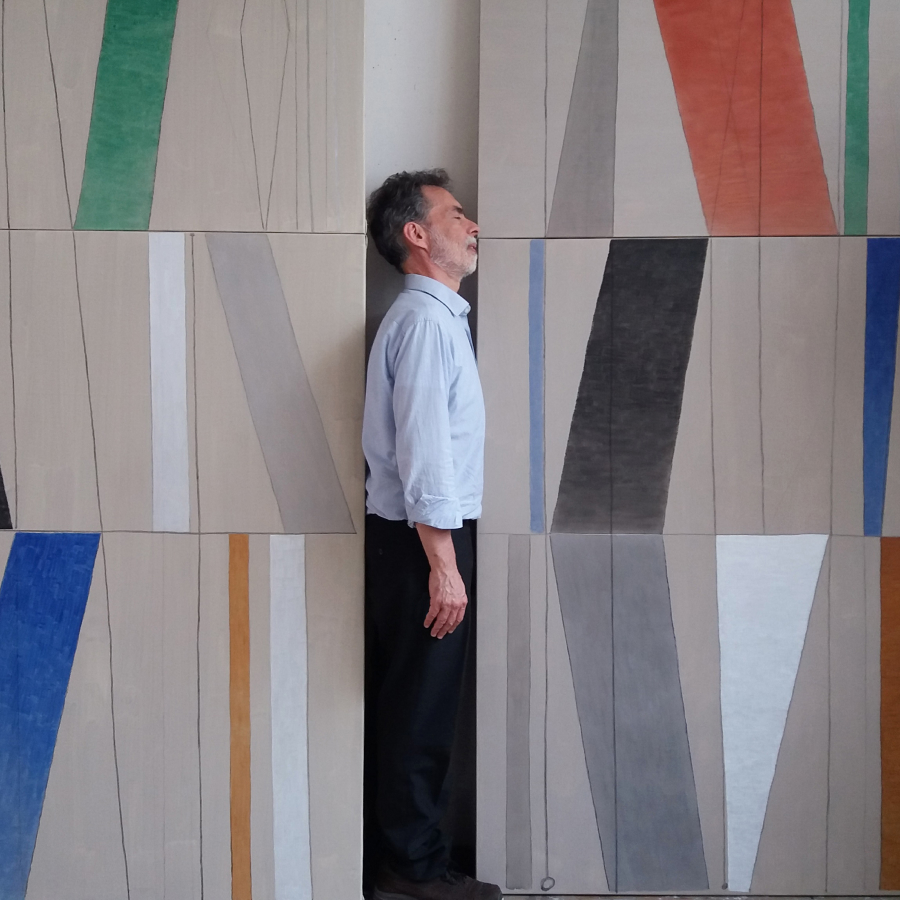 JULIO VILLANI, FROM HERE AND THERE

Born in Brazil in 1956, Julio Villani lived in Danemark, Spain and England in the 70’s, before settling in France in the 80’s.

Although his condition as a foreigner is thus a real given, foreignness is experienced by the artist not so much as a dislocation in space but as a quest: it is the strangeness of his own body, the possible revelation of an unknown self it contains that the artist seems to be watching out for.

Collages, assemblages, paintings, his various explorations compose as many portraits whose intention is less one of recognizing him, than of allowing him to face, in himself, an inverted double, to be flushed out by all possible means and weapons.

The line, his constant ally, sometimes becomes Equator; while so aptly splitting his fragmented body between his two countries – offering an ideal figurative axis between the artist and his topsy turvy image, living head-to-tail in the opposite hemisphere – it also bonds the two realities. As in an embroidery, here too there is no face without the back, no North without the South.

Exploring the world in dichotomies does not mean, however, wanting to break it down into scattered parts. Julio Villani’s art is beguiled by the idea of ​​link, a wish for unity underlies all of his work. He affirms this with his Origin of the World, a set of immense cup-and-balls – a toy, as we all know, requiring dexterity to make one piece out of two. He signifies this through his Collapsible architectures, abstract paintings in often two-parted canvases, or through his Almost readymade sculptures, where dreams and discarded objects come together to form hybrid beings.

He reiterates it once again in different versions of From heart to heart, compositions in which the cities of São Paulo and Paris are bound by a network of colored lines and texts – some in Portuguese, some in French – to form a single vascular-affective system: right hand, left hand, each taking part in the world in its own way.

Variations which are as many self-portraits. After all, what is an œuvre, if not the infinite variation of what inhabits the artist? 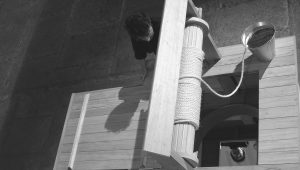 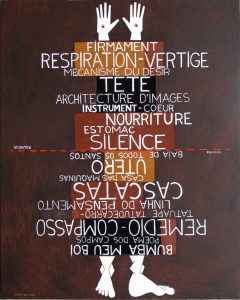 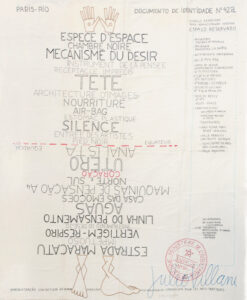 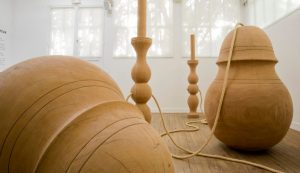 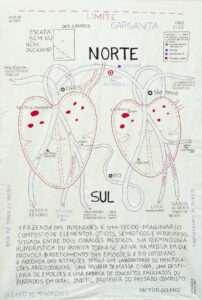 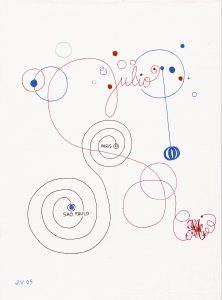 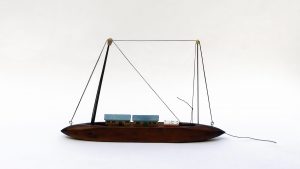 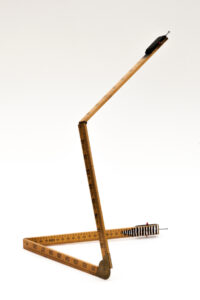 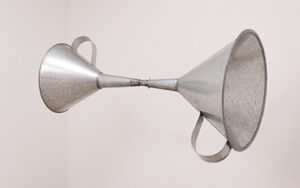