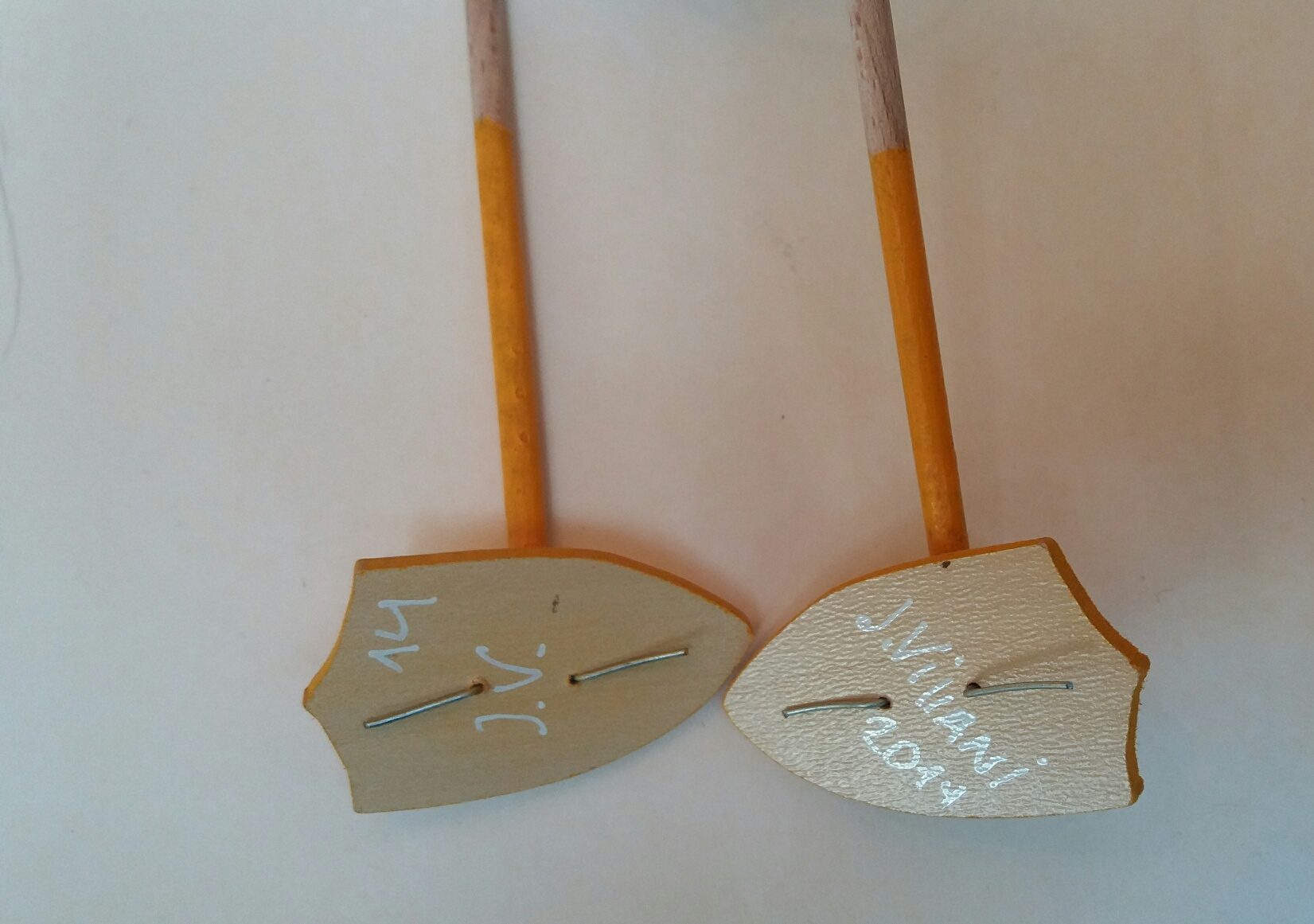 From Artur Pereira’s bestiary to Lygia Clark’s Critters, from Graciliano Ramos’ Whale to Guimarães Rosa’s Pedrês donkey, there is no lack of prodigious animals in Brazilian art. It would be fit to integrate Julio Villani’s creatures to this fauna, taking great care however to preserve their singularity within this imaginary family. Their singularity or rather, their fundamental hybridity, which takes shape in many layers.

They are found objects, in Duchamp’s way, but also a joyous exercise of art’s own gifts of metamorphosis. They are heirs to a certain Parisian surrealism, but they seem to restore the sensory memories of a country boy, who observes the objects of the house, the kitchen, the farm from his own perspective. Being three-dimensional, they are sculptures – but they do not offer the viewer the spectacle of the sculptor striking the rough stone and extracting form from formlessness; instead of chisel and gouge, pliers, pin hammer, wire and discreet welding, to bend, bind, attach and hang.

In this sense, many of them are Calder-like mobiles – that is, they are mobiles without being so, because we continue to perceive the heterogeneous parts that constitute them, as in a rabbit-and-hare drawing. And in this, they are very Brazilian, children of resourcefulness and tinkering raised to the rank of art, endowed with that ethereal and clumsy grace that feather shuttlecocks display. They are born from simple manual operations, but they are not simplistic: in each one of them one guesses the long plastic reflection, the immersion in the once child’s memory and even the subtle malice which plays with the alteration of the proportions or with the rerouting of the functions and original uses of the objects, held here as raw material.

We are at the heart of the modern artistic field, no doubt, but we are also, in a delightful reversal, in American lands: master of the gentle twist, Villani, smilingly, prolongs the old tradition of the trickster, this rogue deity, often in animal form (coyote, crow, fox) who, in so many mythologies of the New World, delights in deceiving the other gods, overturning a predetermined destiny in order to open the way to life and transformation. 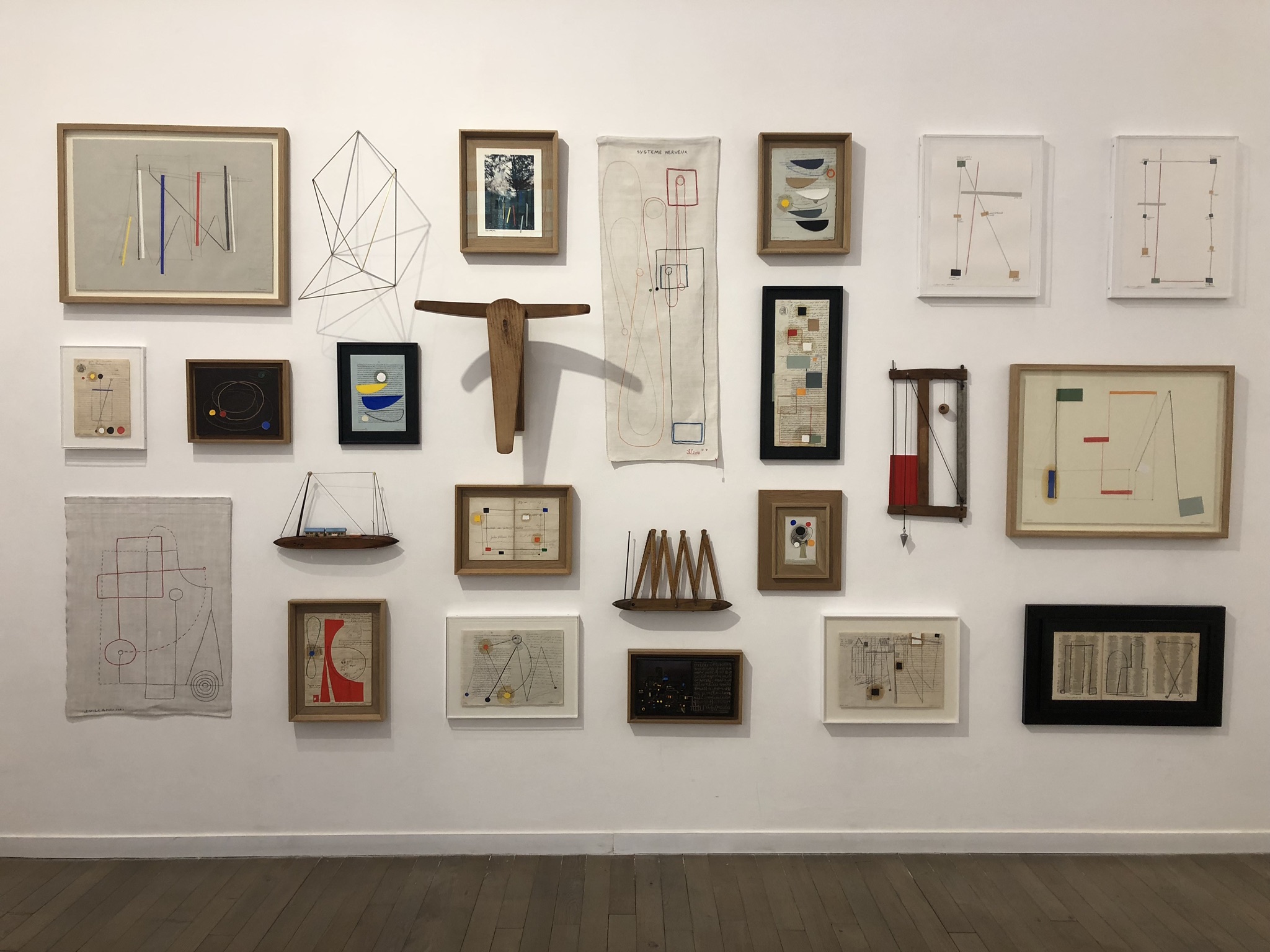 BY A THREAD | Samuel Titan

How to find one’s way through Julio Villani’s gentle labyrinth? There must be many ways, of course, but one of them could be to reverse Ariadne’s method and follow a thread not to get out but to go in, ever further, in the heart of this maze of works of very diverse guises. One could pull one of the very concrete, material lines that the artist smuggles in from other domains: sewing or embroidery threads, strings and straps and wire, sometimes accompanied by spindles, reels or benches that evoke sewing machines; in all these cases, threads from vernacular practices, which Villani both incorporates and diverts.

Or we can choose to follow the course of these flat threads that are the lines drawn on the surface of the paper or the canvas, a clue that will lead us to the drawing as a fundamental gesture in Villani’s work, be it two- or three-dimensional. With a remark however: the drawing is not here the traditional and demiurgic gesture that generates creatures from formless matter, canvas or white sheet. The lines that Villani draws (stretches, hooks, extends) serve rather to link (fit, attach, embrace), to suggest constellations of beings, of forms, of regions of experience that previously seemed apart.

The operation is complex, and one guesses behind each “trick” or “find”, a long process of synthesis. Synthesis of an artistic apprenticeship that comes from surrealism and marches through the avant-gardes of the sixties and seventies, but that also passes through the recovery of a certain Brazilian art and of a past both intimate and up-country; synthesis, finally, of the boy from Marília with the artist from Paris.

On reflection, why leave the labyrinth, when there are still so many doors left to open?